I asked my low fifth graders to write postcards from another country today. This was quite a task. Trying to explain “pretend” in a second language is near impossible. Eventually, I assigned them a country and they went with it. These are the postcards.

By the golfer girl who is “pretending” to be in the Phillippines. 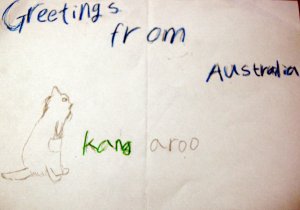 From the boy who spent his vacation in England. Quadrupal-decker bus.

From the lazy student in Brazil. 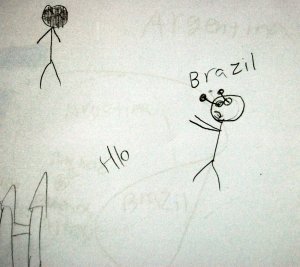 To the parents of the Korean in Argentina. 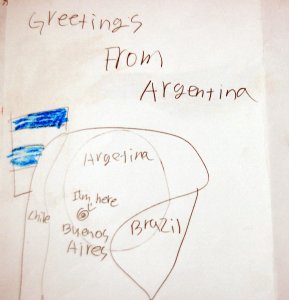 I don’t think this kid understood the postcard concept.