Congratulations to Korea’s Lee Jung-su for winning South Korea’s first gold meal in the Vancouver Olympics, and even sweeter for Koreans–against Apolo Ohno.

Credit is due where credit is deserved, and Lee bested Ohno, his own two senior Korean competitors who went down in a crash, and another American for the gold medal. Ohno finished with a silver medal, and is now just one medal away from passing Bonnie Blair for the most won in the Winter Games by an American. 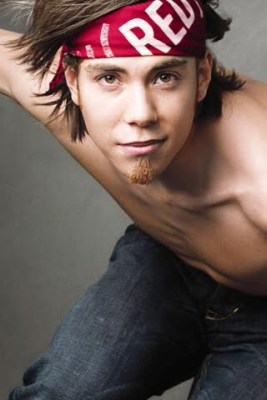 I’m sorry Korea. I know you hate Apolo Ohno with all your heart. But I just love him.

Ever since he competed and won on my once-favorite-show Dancing With the Stars, I’ve been an adoring fan of Ohno. He’s smart, athletic as all hell, and probably one of the most determined and disciplined athletes in the sport today.

He is not, as The Korea Times unintelligibly reported today, “ungentlemanly.” You don’t have to be a Brian in Jeollanamdo reader to know that The Korea Times hurts pretty deeply in the art of fair and balanced reporting. But this was too far. Rather than reporting the actual news, they posted an unsigned opinion that works against Olympics values of sportsmanship, fairness and global unity.

Come on, Korea Times. We all know the history of the 2002 games. But your country just moved past it, or at least your athlete did. Celebrate your country’s gold medal and fairly shake hands with the other opponents.