Skip to content
It’s summertime in Korea and if you are a beach person you are in luck.  In case you failed World Geography in grade school, then I am here to tell you that Korea is a peninsula. It also has somewhere in the neighborhood of 3000 islands off its coast. Sure Korea has some nice resorts in Busan and Jeju, but almost every Korean and their sachon (사촌) go to one of those in the summer. We have found that it is best to explore some of the islands off the coast and at certain times of the year (even May and June) you can have the beaches all to yourself.
1. Biguemdo– One of the easiest to get to if you live close to Mokpo, Biguemdo is about a two-hour slow ferry ride from the Mokpo Ferry Terminal and has some amazing beaches. One is a heart-shaped beach (Hanumum Beach) with good swimming, a beautiful sunset and small huts you can rent out. There are no supermarkets nearby so come prepared. 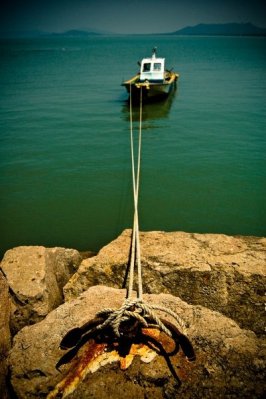 Another beach (Wonpyeong Myeongsashipri Beach) is huge and perfect for camping. There is a super just down the beach with some essentials and a restaurant but it is best to come prepared.  If you have a problem with wind energy than the sight of distant windmills may bother you, but we can’t help but love Biguemdo, its people and its salt flats in the center of the island. There is even some good hiking on the island.

2. Hongdo- This is one of the most famous islands off the coast of Mokpo and most people and guidebooks will tell you you must go there. It’s amazing for sure, but it doesn’t have a beach because most of the coast line is made up of tall, steep cliffs. However, it is a stunning island and worth checking out.  We spent a night here, hiked through the center of the island and took a ferry around it. At the time we were there they were working on a trail that goes along the edge of part of the island making excellent views. The village is small-town Korea and very much a fishing village. It was nice to go there for the quiet. The roads are mostly used by only walkers, bikers and scooters. There are plenty of tourists, but most Koreans make Hongdo a day trip from Mokpo or Heuksando. It is about a 2.5 hour fast boat ride from Mokpo Ferry Terminal. If it is cloudy, bring your barf bag the sea can get rough. It also can be quite expensive at about 40,000W. 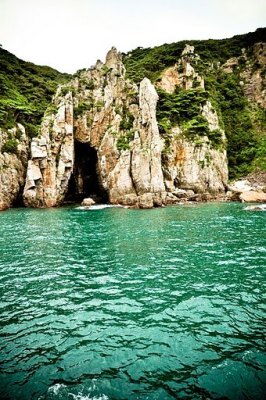 3. Heuksando- If I had to be trapped on a deserted island it would be Heuksando.  If I could bring three things they would be a hammock, a road bike and a sea kayak. It might be my favorite place in Korea, but it is also kind of a difficult trip to make. It is a shorter ferry ride than Hongdo at about 1.5 hours. 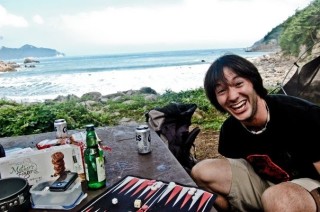 On my first trip there, we took a local bus to a secluded beach where we had a tiny cove all to ourselves. However, we found that we had to go back to the ferry terminal in the village of Yeri on the island for food and drinks.  Heuksando is best done with time, a cooler and a way to cook food. But there are also hotels near the ferry terminal where you can stay. Just hop in a cab or the local bus (not too frequent, but constant) for about a 20 minute ride over some gigantic hills with some breathtaking scenary. In town you can rent bikes and pedal up the windy road for amazing views and thrilling ride down. Some tour buses circle the island, but for the most part you have the road around the island to yourself. If you have a long weekend go to Heuksando and pop over to Hongdo for the day. 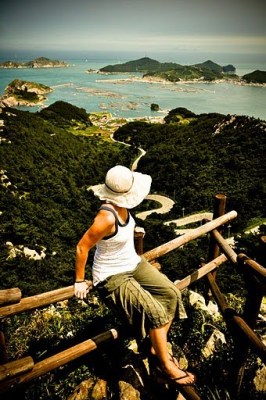 4. Bogildo- Our group didn’t find the cleanest or must beautiful patch of sand in the world, but we were still quite taken with Bogildo. Off the coast of Wando, Bogildo had some of the most beautiful blue water I have seen in Korea. There is a small village on the island, but we hardly saw anyone or heard a car pass by the whole time we were there. 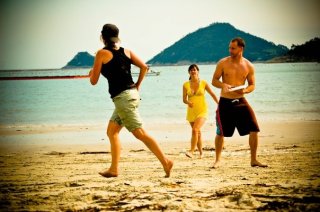 There is also a place to rent bikes and a road on the island that seems hardly used. If you are into Korean poetry, it was here that poet Yun Seondo wrote sijo poetry while living in seclusion on Bogildo. There is a park called Munhakcheheon (문학체헌) that displays his poetry on the trees.  Be sure to go to the port at Hwaheung Pohang 12km west of town.  Wando has a ferry terminal in town, but it does not send boats to Bogildo. 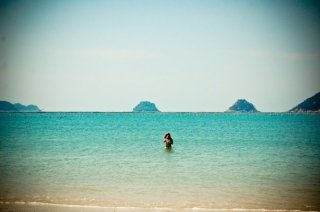 Whereever you go prepare yourself for beaches that aren’t as well maintained or groomed as they are in the west.  But for me that is what makes them so special.  Instead of being surrounded by other beach seekers you are surrounded by a bustling fishing industry. Most beaches are beautiful but may come with buoys, ropes and trash that have washed ashore Bring trash bags and leave your camping or relaxing area cleaner than you found it!.   Be sure to enjoy it for what it is and eat some seafood at one of the many restaurants right next to the sea.