“Do we have typhoon-proof windows?”

I paused. Is that what they’re called? Typhoon-proof? Is that a thing? I leaned my head around the white concrete corner of my office to ask Whit.

The winds howled. The palm tree in our front yard leaned toward us, bowing after its surprise performance. The sea raged in the near distance, just down the hill. Whitecaps came one after the other. Unrelenting.

There’s a boat moored out there. A large sailboat. Look at it, I tell Whit, as we drink our black coffee, staring out at our first tropical storm in utter surprise and confusion over how to actually handle such a thing.

The kids are excited. School was cancelled.

We’re clueless. What should we do? I press send on the email to the landlord and call one of my new friends here.

Welcome to Saipan, she said.

In 2007, Whit and I took a risk and signed a one year contract at an elementary school in South Korea.

A whole decade of our lives we spent in that special place. We turned 30. Then 40. Birthed two children. Traveled to remote islands. Made amazing friends. Created communities around us. Started a running club. Joined another. Created a book club. Joined another. Went weekly to the bathhouse. Edited a national art magazine. Became vegetarians (sorta). Biked across the whole damn country..and back.

Korea will be a part of us. It’s in our blood and veins, pulsing red and spicy as fast as the KTX bullet train from Seoul to Busan.

It was with heavy hearts but a pull toward a new adventure and challenge that set us on a new path. To a new destination.

Whit got a job offer at an international school on a tiny island in the middle of the South Pacific. It looked absolutely dreamy. (It is.) We worried it would be too “American” or not offer enough of the fast and exciting culture that Korea set out on a platter for us every day.

That couldn’t be more wrong. Every place has its story to tell, its culture to share, its beaches, sunsets, and cliffs to inspire. 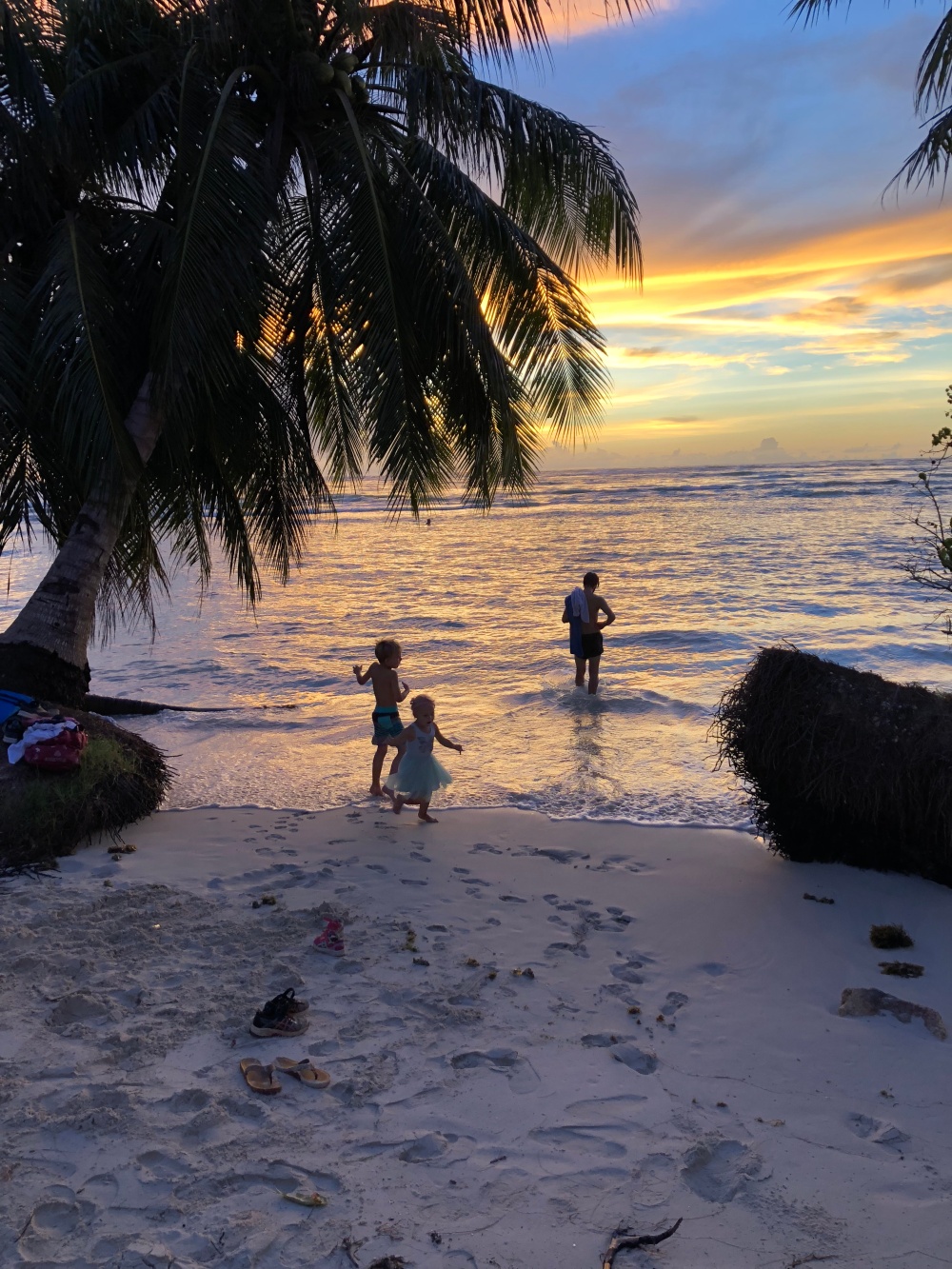 We are in awe every day of the natural beauty of this tiny island and the friendliness of the people here. It’s been called the “most beautiful place in America you’ve never heard of.” And we aim to share with you what we learn and experience so the next time Saipan comes up in conversation (lol), you’ll say, “oh, Saipan! I know it well!”

My best childhood memories are during storms, she told me, laughing. The best moments, she said, were those times with my family in the dark, playing cards, eating snacks, laughing, waiting for the storm to blow over.

And that’s what we did. We made typhoon cupcakes, built forts, opened the windows, felt the breeze, and watched the palms bend back and forth.

The windows were fine. And we are too.

What do you think? Cancel reply

This site uses Akismet to reduce spam. Learn how your comment data is processed.